Pokemon Dark Rising is truly the interesting Pokemon Game Series you should enjoy. If you haven’t known it until now, you can read it at our general information page. 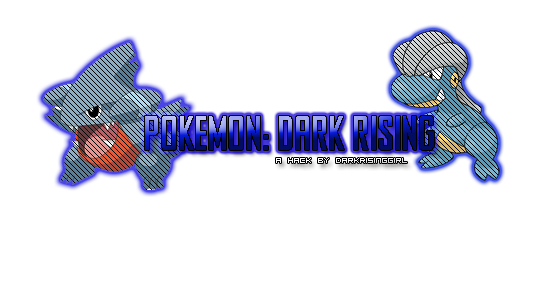 At this page, you can get Pokemon Dark Rising Download, Pokemon Dark Rising 2 Download, Order Destroyed and Origins: Worlds Collide to you. All of them are based on Pokemon Fire Red. There are a lot of GBA Emulators so you will be confused. We highly recommend you to play with Visual Boy Advance on Windows and Mac OS.

Are you interested in these Dark Rising Series games? If your answer is “Yes”, hope you will have a funny time when you play them! Choose which you want below:

This is the final release of Pokemon Dark Rising. Last updated on July 1st, 2014.

This is the final release or complete version of Pokemon Dark Rising 2. Last updated on October 20th, 2014.

The current version is Completed 1.5. Last updated on February 08th, 2017. NOTE: This game is not the main version. It is only a Bonus Game to clear more inquiries.

View how to patch:

Also, thank you for playing and supporting this hack.

July 2012 – The First Part is announced with the first informations.
December 2012 – The First Part Beta 2 Released.
March 2013 – The Second Part with the first informations.
Summer 2013 – Part 1 Final Release is available to download.
May 2014 – The Second Part Beta 2 Released. The game is continued to develop.
September 2014 – The Complete Version of Dark Rising 2 is released.
October 2014 – Order Destroyed Episode 3 is released.
December 2014 – Order Destroyed Episode 5 is released.

That’s all. If you have problems when you play, you can view Pokemon Dark Rising walkthrough to solve them. Thank you.