The story of Pokemon Dark Rising is continued in the second part of it. Now you can play entirety the Final Version of Pokemon Dark Rising 2 without caring when your game will be ended like in the previous Beta Releases. If you have found the first part hard to complete, we think the second part will not be easy to you. It is not easy that you go to the different cities on Core World Map (TOWN MAP), you have to do a lot of missions which are public and hidden. However, you will have funny time when you play it. We provide Pokemon Dark Rising 2 Walkthrough to help you solve your issues. The further news are updated at the front page. 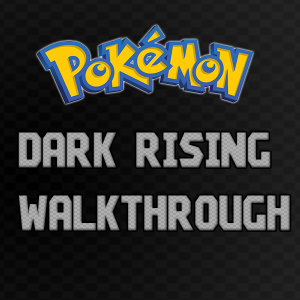 1. The button controls for the game (default settings in VBA)

Open your game and start the journey with us now!

This Walkthrough made by Fitzhogan11 is for the Final Release. If there are any later releases, we will update this post. It includes 47 Parts and each part has one different title.

Now view them below:

There is another Mini Hack after this part. You can try it while you are waiting for the third version.

New videos will be coming soon when there are new releases. Thank you for viewing.